Teams will play a 13 WEEK round robin format. Teams will then be divided, by ranking, into pools for the last 7 weeks with the winner of the A pool being declared the Thursday Mens champion.

All games are 8 ends only, no extra ends. There will be no buzzer used for league play but we encourage you to play within the 2 hour time limit.

The Lethbridge Curling Club is operating under the Restrictions Exemption Program. All players will need to show proof of vaccination first night they play. We will record that we have seen proof and you will not have to show proof for subsequent league nights. 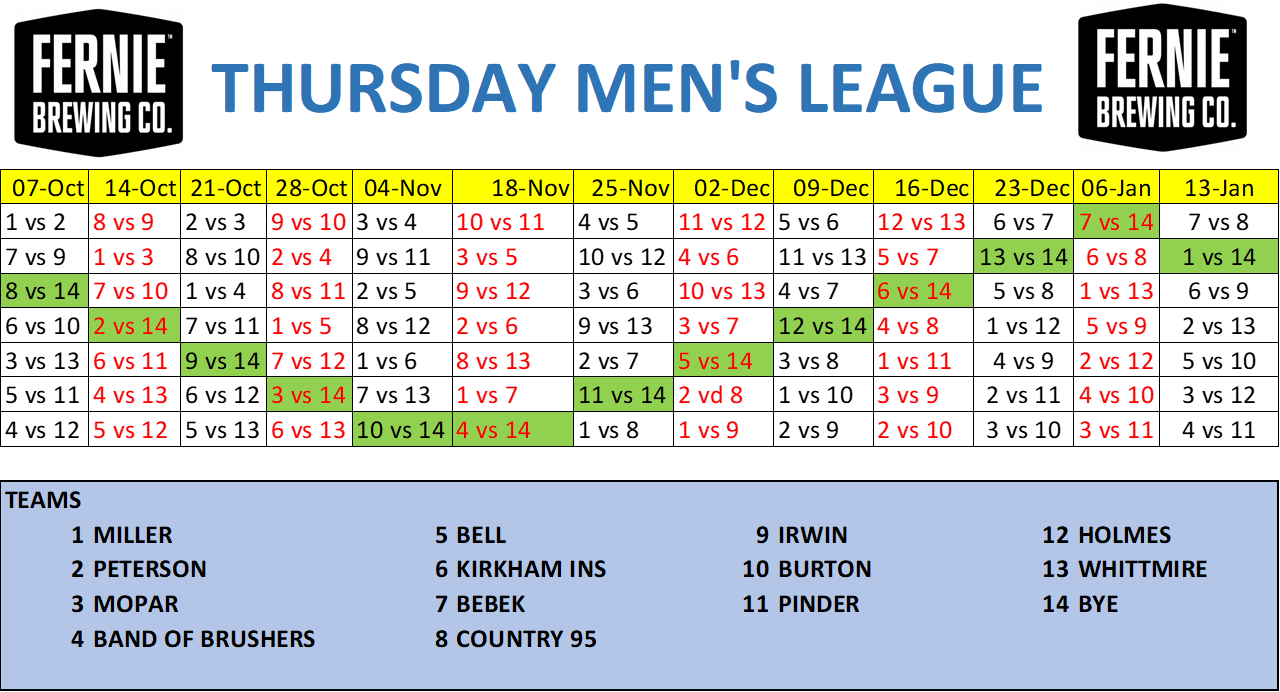 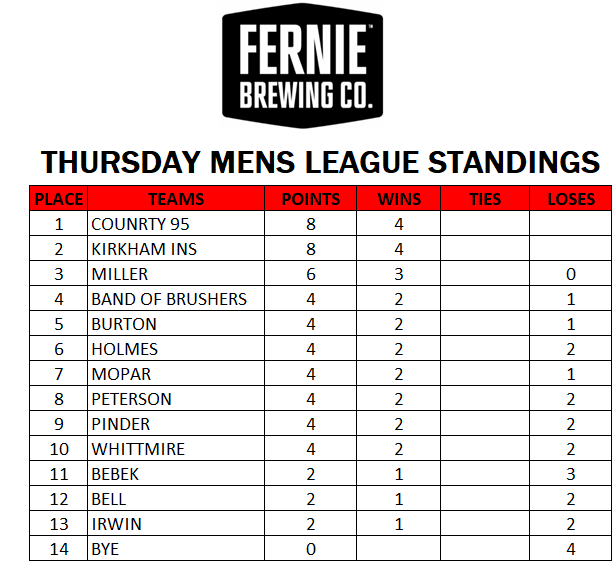